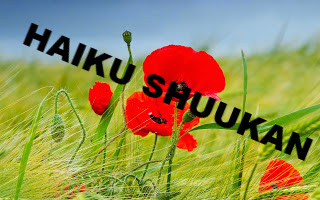 A new Haiku Shuukan episode to inspire you. This time a short one, but I think a challenging one. Maybe you know today we had a second full moon in January, that means that we had a so called "Blue Moon", but it was not only a Blue Moon, it also was a "Super moon" and a total moon eclipse occurred also ... sciebntists have called this event "trifecta". It's a very rare thing that has occurred.

So the theme for this week is "Blue Moon". And here is an example written by myself:

This episode is NOW OPEN for your submissions and will remain open until February 7th at noon (CET). Have fun!